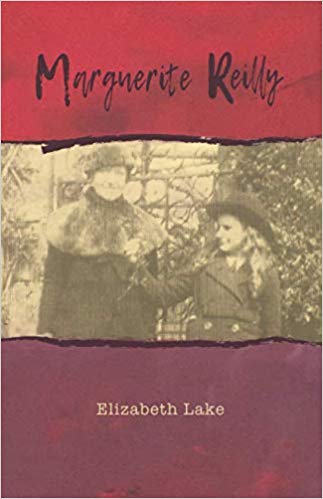 “The book engages the reader’s attention from the first page. It is acutely observed and beautifully written” – The Spectator

“ a formidable piece of characterisation” – The Fifeshire Advertiser

“ a dominating, deplorable and heroic character, on a scale that English fiction seldom affords” – Elizabeth Bowen, The Tatler

First published in 1946, Marguerite Reilly is the fictionalised story of four generations of Irish immigrants struggling to make good in the Victorian and post-Victorian era.

Elizabeth Lake was the pen-name adopted by Inez Pearn, who won a scholarship to Oxford in the 1930s to study Spanish literature. She was active in the campaign to support the Spanish Republic and was later involved in the Mass Observation movement. She wrote five novels.

Along the way she mixed with a host of contemporary artists and intellectuals, including Marghanita Laski, Sally Graves, Phillip Toynbee, A J Ayer, the Bauhaus photographer Lucia Moholy and the painter William Coldstream, whose portrait of her is held in the Tate Britain.

She was briefly married to Stephen Spender and subsequently, more enduringly, to the poet and sociologist Charles Madge.